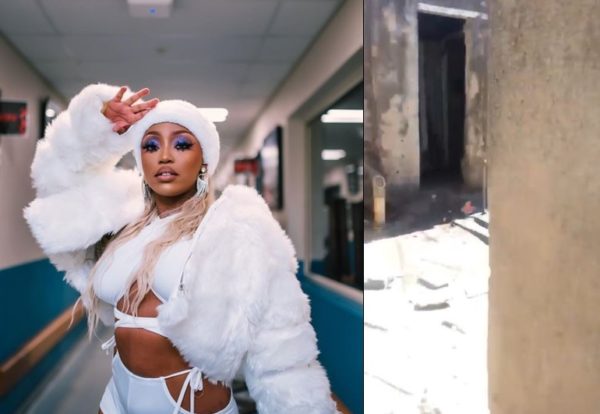 Kamo Mphela has been dragged by Twitter users who assume she’s not taking proper care of her mother.

A Twitter gossiper named Musa shared a video of the house of Kamo’s mother and it triggered lots of social media users.

The house didn’t look luxurious as expected by some fans, hence the criticisms.

Kamo’s father works closely with his daughter and some persons have concluded that the singer doesn’t give her parents equal treatment.

Musa also revealed on Twitter that the mother is an alcoholic.

A look at a place where Kamo Mphela’s mom lives.

Kamo Mphela’s mom is also said to be drowning in alcohol. pic.twitter.com/UNE5bSZrkr