Smith was scheduled to perform at the Grandwest Casino for three sold-out shows on April 16, 17 & 18. This after, the Stay with Me hitmaker performed for two nights at the Ticketpro Dome on April 13 & 14.

In a statement, Big Concerts said shows on April 17 and 18 at the Grand Arena, GrandWest, would not go ahead as planned and offered ticket holders a refund.

“This difficult decision was made after Sam sought advice from medical specialists and his team, and after having to cut his show short last night with concerns for his voice.”

“Sam Smith’s CPT concert tonight has been cancelled. Unfortunately Sam Smith took strain to his voice & had to stop his performance. Ticket holders will be contacted directly. We will keep you posted with more info for the other CPT performances as it becomes available.”
https://twitter.com/BigConcerts/status/1118242225106882560https://twitter.com/BigConcerts/status/1118242225106882560

However, refund has been promised to everyone who bought the ticket.

“All ticket purchases made via Computicket’s website and call centres will automatically be refunded in full to the credit card used for the purchase. Ticket holders that bought their tickets in-store need to go to their nearest Computicket, Shoprite or Checkers outlet to process their full refund. The cut-off date for all refunds will be Friday May 31 2019.”

Sam Smith also revealed that he is hurt about the whole incident.

“I’ve felt completely out of control and as if I’m going to snap and everything is going to come undone. However, for the first time ever I have been trying to really tackle and fight against these horrible thoughts and tidal waves of fear,” he told fans on social media this week.

Despite all Big Concerts and Sam Smith had to say, Tweeps couldn’t help but express how they felt about the news of the cancelled show.

at least sam smith came out man. he probably knew he couldn't do it before he went on stage, but still showed up. that's mad respect for his audience. ❤

Heartbroken out in Cape Town but you gave us 45 minutes of unrivaled joy with your talent @samsmith. I pray I get to see you again someday💔💔 pic.twitter.com/37JpJBAaT4 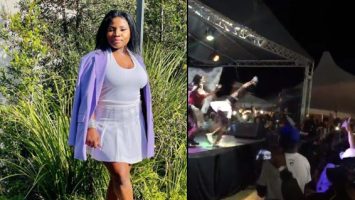 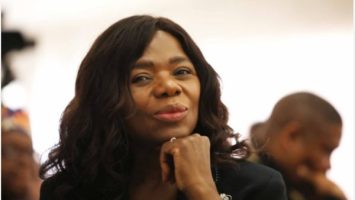