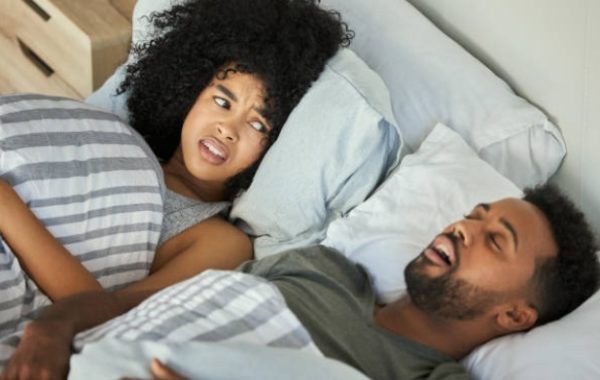 Snoring can be uncomfortable for the person snoring and a nuisance for those who have to share the same sleeping space.

Apart from those disturbing noises, here is another major reason why you should fix your snoring. A new research has found that people who snore may have an increased risk of getting cancer.

Snoring is caused due to obstruction of people’s airways when they sleep. This does not allow them to breathe properly while asleep. This is a sleep disorder, called obstructive sleep apnea (OSA).

The Swedish experts of the study said snoring may have something to do with the lack of oxygen snorers get during the night.

The researchers looked at data from 62,811 patients in Sweden, five years before they started treatment for the disorder. Factors such as body size, other health problems and socioeconomic status of the participants were also taken into account.

Researchers sorted patients into two groups. One cohort was 2,093 patients that had the sleep disorder and were diagnosed with cancer before there was an OSA diagnosis. The other group had this sleep disorder but no cancer.

The study measured the number of breathing disturbances patients experienced when sleeping and scored them on the apnea hypopnea index (AHI). They also looked at the oxygen desaturation index (ODI) – which measures how many times oxygen levels in the blood fell by 3% for at least 10 seconds every hour.

The researchers found that people suffering from a severe case of the sleep disorder were at greater risk of developing blood clots in their veins, which is a potentially life-threatening condition.

Does OSA cause cancer?

Dr. Andreas Palm, a researcher and senior consultant at Uppsala University, Sweden, said “Our findings show that oxygen deprivation due to OSA is independently associated with cancer.” This means that the two are linked but that does not mean cancer is caused due to OSA. They also found that people who are overweight or obese, have diabetes, smoke or consume large amounts of alcohol are most at risk.

The study results showed that patients with cancer generally had more interruptions during their sleep and more severe OSA.

“The association between OSA and cancer is less well established than the link with diseases of the heart and blood vessels, insulin resistance, diabetes and fatty liver disease. Therefore, more research is needed, and we hope our study will encourage other researchers to research this important topic,” Dr. Palm said.