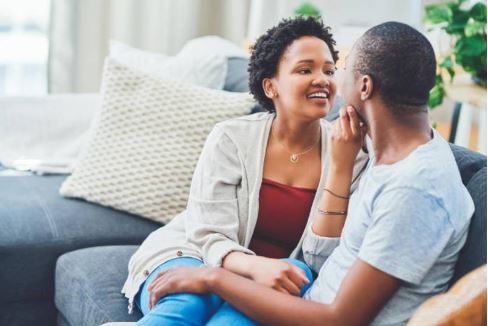 Although, things change and it’s very possible for someone who walked away from the relationship to have regrets.

At first, your ex might have thought that ending things with you was the best decision but after a while, you can sense that they regret it.

If you were hoping to rekindle the romance or maybe recover a friendship at least, this might be good news for you. Here are some of the signs that show your ex misses you:

1. They still keep in touch with you

It’s hard for someone who has some regrets to completely cut off their ex. The fact that they keep checking up on you a lot means that they might still have feelings for you.

They obviously know that they don’t have to call or text since you already broke up but, they will still try and connect with you anyway. They have had time to reflect and they are now figuring that they should have thought twice before ending the relationship.

2. They often reminisce about the good times

Your relationship probably had some major issues to be worked on and that is why it broke down. But the reality is that no relationship is perfect and it’s possible that your ex has come to realise that truth when it’s too late.

You can tell if they focus on the good times and the positive experiences you had instead of dwelling on the negatives. It shows that they miss the bond you had, which is a good sign.

3. They still acknowledge the important dates

It’s usually difficult to maintain a friendship with an ex because there are a lot of hurt feelings and resentment that make the whole situation awkward.

However, you can tell that they still want to maintain a relationship with you if they make an effort to remember important dates like your birthday. This shows that somewhere deep down they know they made a mistake.

4. They drunk call or text you

Liquor courage is a real thing. When you take a couple of shots, you get the confidence to say what you’ve been wanting to say, unapologetically.

If you’ve been receiving some drunk calls or texts from them, they might still have you on their mind. But before you make any move or get too excited, investigate whether they really miss you or just want to hook up.

5. They have never moved on

You will know how much you meant to someone by gauging how fast they moved on. A heartbreak is already hard and it hurts even more if your ex, who dumped you, seems to have moved on so quickly.

If they have never seemed to recover after the relationship ended, it might mean that they may want another chance to start over with you.

Even if it takes them a long time to see it, they will eventually realize that you were the best they ever had.

Like Loading...
About tommy 5530 Articles
Put your time,intellect and your all even to your smallest act that is the secret of success.