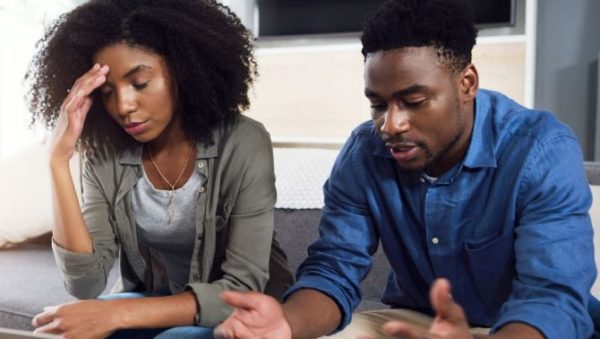 Although most individuals are aware of what direct aggressiveness looks like, occasionally, anger is shown in an indirect manner.

The latter type, also known as a passive-aggressive person, is likely someone you’ve encountered in any of your relationships.

People that are passive-aggressive mask their aggressiveness instead of being upfront or blatant about it.

A person who engages in passive-aggressive behaviour often contradicts what they say with their actions.

Due to the concealed mental and emotional harm these behaviours cause, they are among the most toxic and destructive to relationships.

Here we bring you four passive-aggressive behaviours to watch out for in a relationship in order to keep yourself safe.

1. Not being able to fulfil promises

Frustration with someone for no apparent cause might occasionally be the most telling sign of passive aggressiveness. And perhaps you’ll promise someone something to help you get over that guilt. To avoid disagreement, these individuals simply stop communicating and end up agreeing to situations that they ultimately fail at. Moreover, some passive-aggressive individuals will show up late to win your favour. Because they are concerned with their self-worth, aggressive people will be upfront about the matter.

3. The display silent and withholding behaviour

In some situations, silence can be exceedingly passive-aggressive. This may appear as stalling in the middle of a discussion or avoiding answering a question.  Your partnership needs and fundamentally human socially acceptable actions are denied by the silent treatment. While in other circumstances, the passive aggressor may even choose to play a trick on the person they are in a relationship with by withholding the truth or remaining inattentive in a way that purposefully enrages their partner.

4. They avoid intimacy as a punishment

A passive aggressor will restrict closeness from the other partner in intimate relationships as retaliation. By withholding intimacy, a passive aggressor gains the ability to take charge of the circumstance. In essence, it’s a type of psychological torture. Because love is what binds two individuals together in a partnership, suppressing it is such a potent instrument of manipulation. Its utter lack can only be overlooked for so long before a shift needs to be made.

Do not be scared to point out a passive-aggressive partner if you are in a relationship with them. They’re probably not a person you want in your life if it persists with no indication of progress.