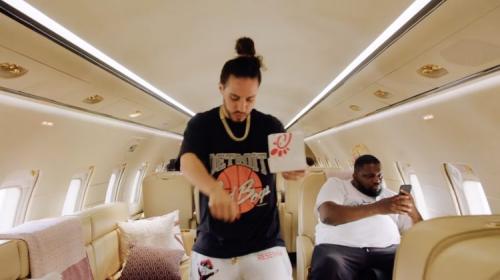 Directed by: House Of Muelz.

After returning from a global tour and going a month and a half without recording in the studio, Russ released a brand-new song titled “Yes Sir” on New Music Friday.
He’s back today with the accompanying music video.
He is seen playing the song and having fun in the video while traveling by jet and visiting many various countries, including Paris for the fashion week events.
Additionally, there is video of him greeting fans all over the world and a sneak peek at him spending time with his girlfriend Jonica.
Watch beneath on SAHipHopZA.