Home
\
News
\
Why is Bad Bunny a Record-Breaking Musician? 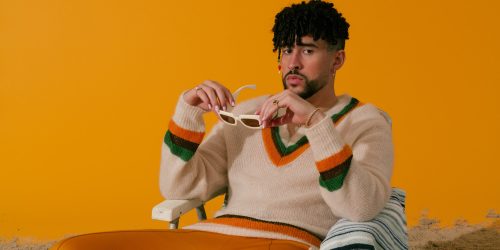 Why is Bad Bunny a Record-Breaking Musician?

The fact that reggaeton has been entertaining not only Latinos in the United States but also the rest of the world for more than 30 years is astounding.

Despite the fact that it is a musical genre that emerged in the 1990s and has since gone on to revolutionize the world of music, many people are baffled as to how this style has become so popular.

If you are familiar with Bad Bunny’s music, you may be one of those who adore him, can’t stop listening to his songs, and can’t get enough of purchasing Bad Bunny tickets for all of his live performances. We agree. He is really an amazing artist with great concerts where you can dance yourself away and enjoy the meaningful lyrics.

With his irreverent approach and the lyrics on his CDs, he is an artist who is constantly a talking point and has been the subject of discourse and debate in the media and among Latino families in the United States about how music has changed over the years.

While older generations are more likely to be confused by or dislike Bad Bunny, certain millennials and members of Generation Z may also have differing perspectives.

Below are some facts that make him a record-breaking musician!

His song “Yo Perreo Sola”

“Yo Perreo Sola,” which is regarded as a feminist anthem, is one of the most popular songs from his album YHLQMDLG, despite the fact that the song does not reflect the feminist movement for some of the female groups involved. For his admirers, this was a significant step forward in the development of reggaeton culture.

His dedication to his fans

Bad Bunny goes above and beyond for his fans. His debut album, “YHLQMDLG”, was released during the quarantine, and he went on Instagram live with his fans for more than three hours to share his experience of listening to the full record with them.

When he connected with the fans, he asked them their favorite songs and then shared his own with them while singing and dancing with them. Shortly after the publication of this album, he put in a lot of effort and put out another full-length album.

Many people believe that Bad Bunny should have its own clothing brand. He appears on his social media accounts in a variety of styles, including hats, sunglasses, and suits, no matter how outlandish they may appear to be at the time.

Because he is willing to take unconventional risks with his fashion, his style is both eye-catching and amazing. Many have referred to him as “an agent of cultural transformation,” owing to the fact that his manner and intensity are completely appealing to younger people.

His original ideas and surprises for the fans

His favorite stage has always been the streets of New York. Bad Bunny has demonstrated that surprises are a part of his personality by announcing in 2020 that he would perform on one of the “largest stages in the world.”

His fans had assumed that the concert would take place in a major arena. Nevertheless, the singer performed on the roof of a moving truck and toured the streets of New York with singers such as Sech and J. Balvin.

When the event ended, Bad Bunny didn’t hesitate to come down to meet with his fans, sign autographs, and share his knowledge.

Bad Bunny hasn’t forgotten where he came from and is proud of his heritage, just as any decent Latino should be. He is the epitome of a Boricua: he is as humorous, as loud, and as proud as any of his fellow people of La Isla del Encanto can be.

Bad Bunny dedicated his famous song “Estamos Bien” to all people who had suffered as a result of Hurricane Maria, raising awareness about the tragedies his people were enduring a year after the hurricane struck.

He also wrote a love letter to Puerto Rico in his famous song “Desde el Corazón,” which he dedicated to his hometown and the local artists who motivated him to pursue a career as a musician.

The depth of some of his songs

Many of Bad Bunny’s songs have profound themes, despite the fact that they may not appear to be so at first glance.

The songs on his album X100Pre, such as the song “Solo de Mi,” which has a powerful message about personal independence and domestic violence, are mixed with catchy beats and true messages about himself or the world.

Despite the fact that there are other representatives of this genre who have achieved extraordinary worldwide success, Bad Bunny has defied all expectations by becoming one of the most widely listened to musical artists on the planet, filling stadiums wherever he performs. 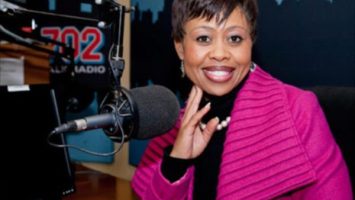