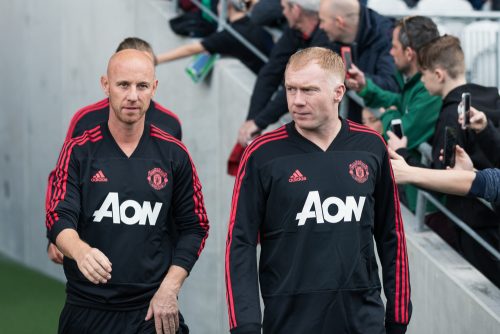 Who are the best midfielders in Premier League history?

England is known for developing its midfielders which is why you can see them thriving in international football mainly due to their strong midfielders. Special midfield talents have played in the Premier League which is why people should learn the best ones in history.

The current generation of midfielders has been inspired by the top players that they watched growing up. While the current crop is talented, they are not yet as established as the previous midfielders who truly represented the Premier League and proved that they deserve to be at the top of every scouting report and betting analysis articles.

If you want to thrive with your soccer Bitcoin betting, you should always look at the midfielders and how they affect their teams moving forward. Here are three of the best midfielders in Premier League history.

As the number one midfielder for Manchester United during the 2000s, Paul Scholes was an amazing player who always knew what to do when he had the ball. He is mostly a playmaker because he knows where to place the ball when needed. Scholes was not the flashiest player but he was a special talent because he always gained the respect of his peers.

As time progressed, most people gravitated towards Steven Gerrard over Scholes because of his flashiness but the success should tell you that Scholes was the better player due to his 11 Premier League titles and two Champions League titles.

Despite being known as a pseudo-striker, Lampard was a true midfielder who knew how to make the right play all the time. He was influential in the Chelsea squad with his passing and he was a crucial piece behind the team’s success including three Premier League wins and a Champions League trophy.

Arsenal’s early-2000s squad was one of the best teams to ever play any soccer league. The 2003-04 squad was the peak of Arsenal’s power because they won an entire Premier League season without a loss. Patrick Vieira was the team captain at the time and he cemented himself as the club’s best midfielder through hard work and leadership.

Vieira was not the most-skilled midfielder but he always found a way to affect the game. He played hard-nosed defence and he always stepped up when the team needed the right pass.

He was always a juggernaut in the midfield which is why opposing teams struggled whenever they played Arsenal. Vieira was the main cog in Arsene Wenger’s machine and that led to solid success. During his career, Vieira secured three Premier League titles for Arsenal but he also helped them win five FA Cups.

If you want to watch midfield excellence, you should tune in to any Premier League match. Most of the midfielders on all 20 teams are elite players who deserve the praise that they receive all the time.

If you are looking for a league to partake in soccer Bitcoin betting, the Prem is the best choice because you will have quality matches all the time and you will find out more about the excellence of the midfielders in England.