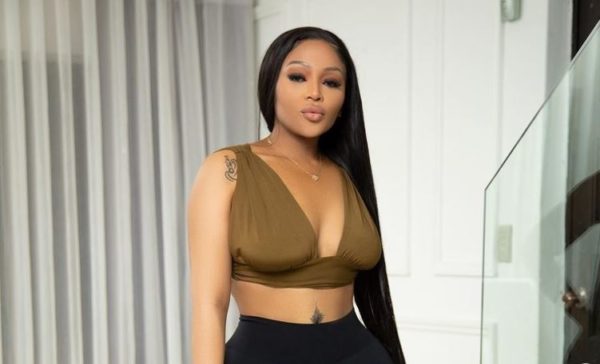 Tebogo Thobejane has taken to her social media to claim that someone is using her name to traffic unsuspecting young girls.

The star has been accused of trafficking young girls but seems like she is tired of the accusation.

Taking to her Instagram, Tebogo shared a screenshot of a conversation she had with a someone who claimed they talked about it before.

She then made it clear that she is not the one as someone is using a fake number to deceive people. 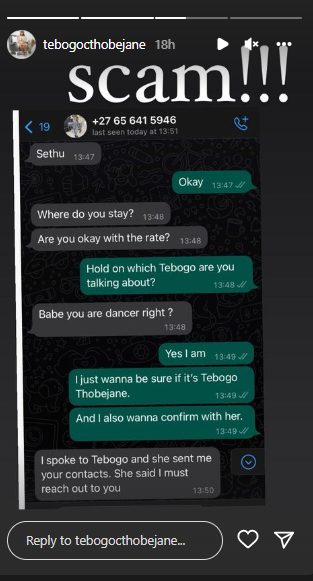 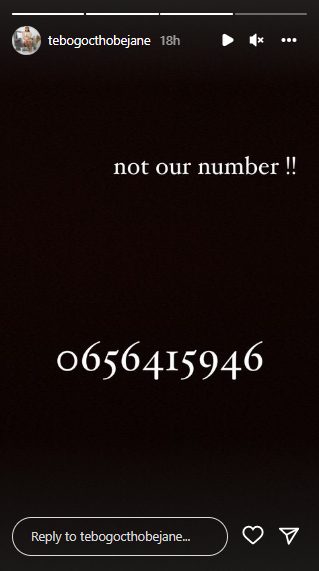 Tebogo Thobejane is saying there’s a person who is using her name to traffic unsuspecting young girls. pic.twitter.com/W8YG2Gs1xJ