Home
\
News
\
Ntando Duma – “I am not an irresponsible mother”

Ntando Duma has once again shadowed herself with a great defense against trolls attacking her over poor parenting.

The actress took to Instagram on Thursday to post a video of her two-year-old, Sbahle, sitting in the backseat of a car and speaking to her mom, at one point calling her ‘Ntando’.

Lot of followers found the video to be absolutely adorable but others pointed out the fact that the toddler was sitting in the vehicle without a car seat.

However, Ntando voiced out that she’s shouldn’t be lectured on how to carry out her duties as a mother and she went further, stating reasons for Sbahle’s positioning.

“1. The car was stationary. 2. She’s got car seats and is always on it, when necessary. 3. I’m not an irresponsible mother. You should know this by now 4. Now let’s all drink water. 5. Thank you for your concern,” she wrote.

More critics who happened to be followers of Sbahle’s private Instagram account hit on her mother, but she defended herself by dragging the trolls.

“How is my child not in a car seat in a stationary car jeopardising her safety?! Even if ke that was the case, ningenaphi? If you want to take this one for a debate, find me on my page and stop making a noise on my daughter’s page with your nonsense!” Ntando said.

In a new video shared, Ntando seem to have heeded to correction: 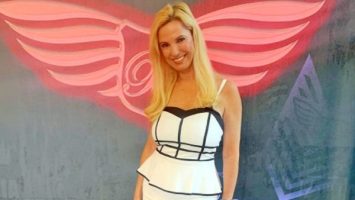