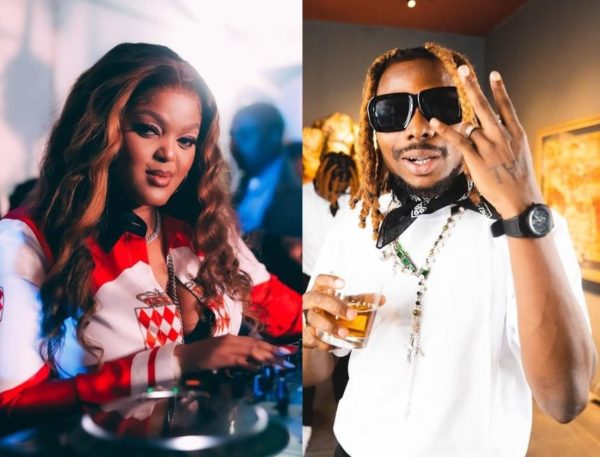 The Sungba hitmaker came to the limelight this year and he’s been consistently topping the charts with each of his music; things got more interesting with his debut album, Mr Money with The Vibe (MMWTV).

All the songs in the album topped the charts as top 10+, which has people talking within the past few days.

The South African DJs raised their concerns on social media after realising that Asake infused Amapiano in his highly applauded and recognised album.

It is assumed that Nigerians artists are a threat to the genre, as the South Africans who generated the sound might end up not getting the due recognition.

DBN Gogo applauded Asake’s album but calls out SA Amapiano to be more vigilant and collectively push the sound rather than allow Nigerians take over it.

“We are in big trouble if we don’t start moving collectively and forcing our way into the right doors. Lol, it’s gonna be taken right in front of us. And don’t get me wrong, his album is so good. iyho. That’s the problem,” she wrote.

Bandile of Major League supported DBN’s claim, though he also appreciated the album.

“I have been saying this for long but echoes gonna be the death of us,” he says in the post on his Instagram Story.

“Biggest Amapiano is Asake,” he added. 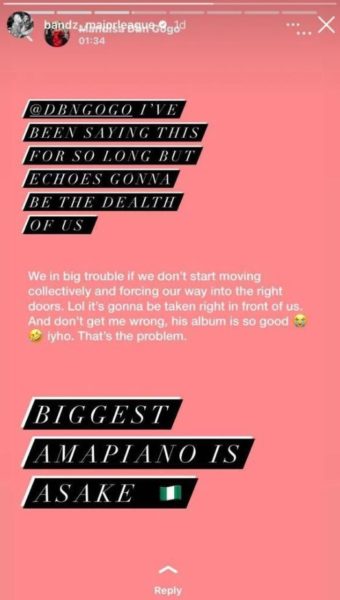 There’s a documentary on the aforementioned genre which credits the South Africans as the pioneers and owners of the sound, but since the Nigerian music industry is good at importing sounds to the international scene, it is expected that the South African musicians feel threatened.

Meanwhile, we can’t underplay the roles of Major League DJz, DJ Maphorisa, Kabza De Small and many other Amapiano stars in South Africa who have invested their strengths in making the sound go global.