Netflix Announce “The Witcher: Nightmare of the Wolf” – Animated Feature Film. Netflix’s recent series “The Witcher” was a massive hit for the streaming giant with over 76 million households choosing to watch the show in its first month! The show was already renewed for a second season before the first season launched and now Netflix has announced that there will be an animated film “The Witcher: Nightmare of the Wolf”. Studio Mir (“Legend of Korra”) will be working on the film which ‘will take us back to a new threat facing the Continent’. Lauren Hissrich and Beau DeMayo, who worked on the live-action series for Netflix, will also be working on the animated version.

The Witcher is based on the best-selling fantasy series of the same name is an epic tale of fate and family. Geralt of Rivia, a solitary monster hunter, struggles to find his place in a world where people often prove more wicked than beasts. But when destiny hurtles him toward a powerful sorceress, and a young princess with a dangerous secret, the three must learn to navigate the increasingly volatile Continent together.

Henry Cavill (“Man of Steel”, “Justice League”) plays the lead role of Geralt alongside the pivotal role of Ciri, Princess of Cintra, who is played by Freya Allan (The War of the Worlds, Into The Badlands). It is unknown whether or not the cast will reprise theor roles for the voice parts in the animated film.

The rumors are true, a new Witcher story is in the works! The anime film, The Witcher: Nightmare of the Wolf, will take us back to a new threat facing the Continent. Brought to you by the Witcher team @LHissrich and @BeauDeMayo, and Studio Mir the studio behind Legend of Korra. 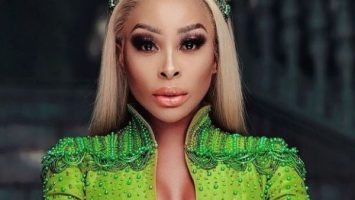