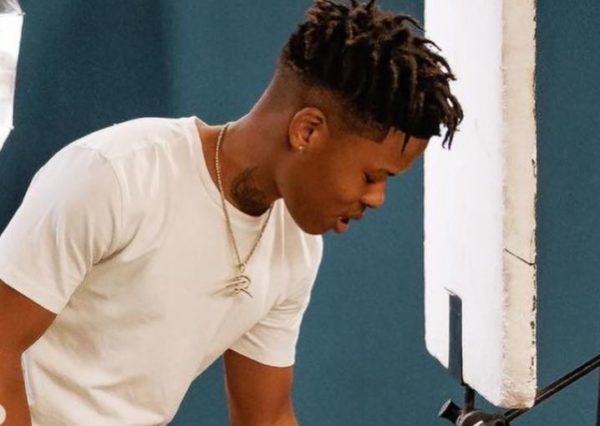 Nasty C has taken to his social media to announce his arrival at Los Angeles.

The star shared a short video clip stating that he is in LA and he’s trying to link up with many artists he can.

Nasty who is one of the biggest artists in South Africa stated that he might not be big in LA but he is looking forward to working with artists of the same caliber as his in LA.

He also mentioned that he is in the country to also finish his album as LA inspires most of his music.

The rapper went on to share that he will be in the country till the 4th of October and he is ready to give all it takes to work with other artists.

“Sup, my name is Nasty C all the way from SA. I’m in LA right now trying to link up with many artists as I can. I’m actually here to finish my album. I have always told my label I want to work with artists in this country cos a lot of music here inspires my music. I want to be a part of the culture as I reach out to all artists not necessarily those who have made it but of the same caliber as his.”

“I am big in SA but just getting to be known in LA. I will be here till the 4th of October and let’s do this together. I asked my label to recommend artists who are up and coming but they are taking too long and so I wanted to do it like this and I hope this video reaches out to dope artists”

Like Loading...
About tommy 5533 Articles
Put your time,intellect and your all even to your smallest act that is the secret of success.