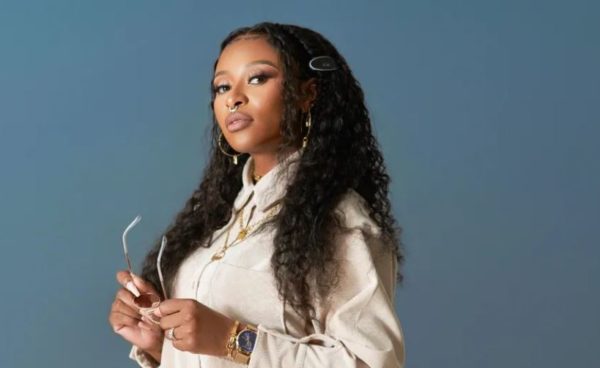 DJ Zinhle has recently opened up in her reality show that she feels as though she is robbing her kids of time to spend with their mother.

The business woman stated that sometimes she feels she is robbing her children of time with her.

We all know that the DJ has so much in her hand as she owns an alcoholic beverage called Boulevard, a hair company called Hair Majesty, an Airbnb apartment and an accessory company called Era By DJ Zinhle, all these on top of her being a DJ, mother and wife.

DJ Zinhle then broke down in a recent episode of reality show The Unexpected on BET Africa when she was catching up with her daughter Kairo who was missing her mommy.

She was chatting with her manager Thabiet Amardien who was sharing her schedule with her.

“I feel so bad that I can’t be there for my child, because I don’t want her to feel like I’m not there for her, like that makes me feels really bad. It’s been a crazy few weeks. I don’t know what’s happening after this weekend, but I need time with my kids. I’m just feeling a little overwhelmed and I feel like we haven’t stopped and I know that I’m doing this for the kids, but I’m starting to feel like I’m robbing them of time with their mother.”

The reboot of The Unexpected for the second season came as no surprise to her because she never plans to fail, and she hopes this time around to shed more light on her business life to help inspire young women to work hard.