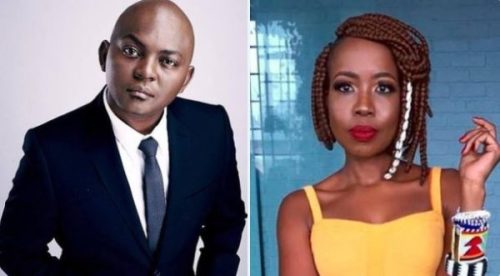 DJ Euphonik has won his argument against writer Ntsiki Mazwai, with costs.

Be that as it may, this is one more misfortune for Ntsiki after she didn’t win against DJ new moreover.

Everything began after she called him an attacker via web-based media around two years prior and Euphonik moved toward the courts in March last year looking for a prohibit against Ntsiki disallowing her from making further abusive expressions about him via web-based media and by and large.

Notwithstanding, the high court in Johannesburg on March 10 made a last assurance with regards to this issue, authorizing the forbid, and requested Ntsiki to pay the costs connected with the application.

Judge Fisher said Ntsiki was “no more abnormal to this kind of case” and “has effectively been controlled from offering comparative public expressions” – alluding to the case she lost to DJ Fresh.

Talking about the case on MacG’s Podcast and Chill, DJ Fresh uncovered that the costs Ntsiki needed to pay were near R200k.

“The egotism continued, so it went to court, and afterward she lost … with costs. Also, I think the expenses were just about 200 thousand. Also, it didn’t need to go there, this thing might have finished right away,” Fresh said at that point.

The writer has not uttered a word about her misfortune via web-based media.