Home
\
News
\
Bonang calls out Cassper for focusing on the negatives

Media personality, Bonang Matheba portrays the act of a sister keeper to Cassper Nyovest, telling him to let go of negative vibes from trolls.

Months back, the rap star has blown minds with the achievements he’s made and it’s placed him in the spotlight for more critics.

Cassper was pleased been hyped by a popular radio personality, and he shared the news on Twitter.

“A prominent radio personality hit me randomly,told me her show was inspired by me 2day, she gone be taking about me in a positive light. In the midst of all dats been happening,especially on social media where lies go further than the truth, I appreciate it when others show love.” Cas tweeted.

However, Queen B got attracted to the personality of the rapper who reacts to every form of negativity. Being friends, she adviced him to let go of critics and pay no attention to him.

“You focus too much on the negative sometimes my friend. Let it go.” The media persoanality reacted.

The Remote Control hitmaker’s fans threw the “tell him” slang into the air. Thinking Cassper will heed to Bonang’s advice, rather Cas replied Bonang saying:

“I do? I don’t think so but if wena ware yalo then lebonza o buile so I must sharrap(Bheki Cele Voice)!!!”

I do? I don't think so but if wena ware yalo then lebonza o buile so I must sharrap(Bheki Cele Voice)!!! https://t.co/ffWsCvLcRJ 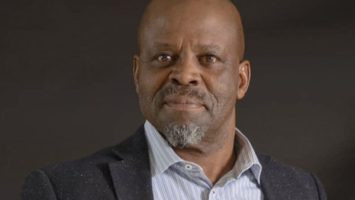