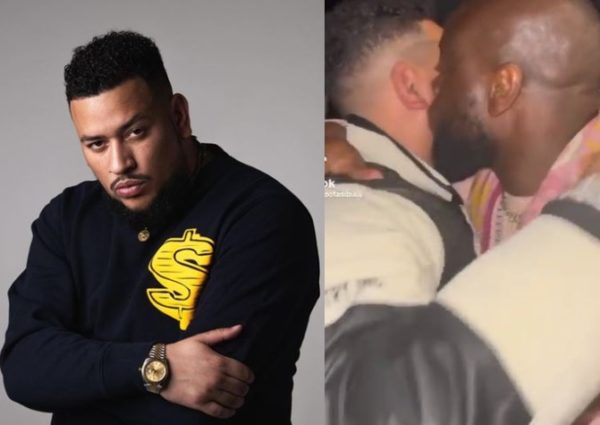 AKA reacts after being kissed by a man at the Spring Jump Off backstage.

The South African rapper has been gracing shows and performing at gigs, but he experienced something which he seems not cool with.

In the video which surfaced on Twitter, the rapper was friendly with people reaching out to him but got the unexpected after a man greeted, hugged, and crowned his greeting with a kiss.

AKA immediately set the boundary by pushing the man off gently, but the man claimed it was an Italian style of greeting.

The video has garnered lots of views and comments with people talking about the rapper’s reaction.

Watch the video and read comments below:

AKA at the Spring Jump Off backstage. pic.twitter.com/92fClDcua4

Like Loading...
About tommy 8542 Articles
Put your time,intellect and your all even to your smallest act that is the secret of success.