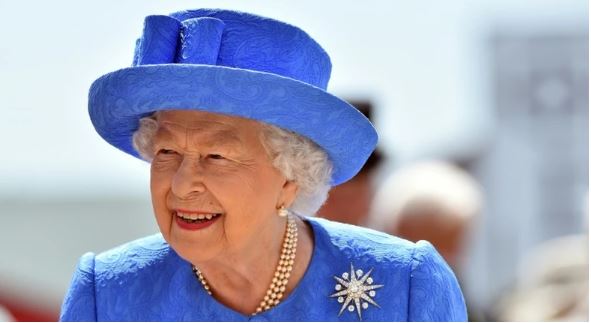 Queen Elizabeth II, who died age 96 has been UK’s monarch for the past 70 years.

She the world’s longest reigning monarch and one of the most famous, well respected, and untouchable figures of the past century.

Born in 1926 as Elizabeth Alexandra Mary to The Duke and Duchess of York (who later became King George VI and Queen Elizabeth), she grew up in London with her sister, Princess Margaret.

From her time spent serving in WWII to taking the throne in 1952 and becoming a mother, grandmother, and great-grandmother, the Queen has lived much of her life in the public eye.

Here’s a list of the Top 5 most fascinating, little-known facts about the dearly departed queen, who died at the age of 96.

1. She uses her handbag to send signals to her staff

If there is one thing about The Queen, you never catch her without her purses and bags. She reported owns 200 types of the same type of handbags.

Ever wonder what’s in it? A royal historian says that there is usually lipstick, a mirror, mint, reading glasses, a pen and some money when she is going to church on Sundays.

What are some of the bag signals she sends to a staff member?

2. The Queen does not have a passport or driver’s license

Yes! Isn’t that a dream life? The Queen can travel to any country she wants without a passport. She and her forefathers colonized half the world, so that is no surprise.

She also doesn’t have a driver’s license or a license plate – talk about freedom of movement.

3. She has two birthdays

The Queen is living the dream. Imagine two times in the year, people get to fuss over you and buy gifts. Her actual birthday is on April 21st, but she celebrates in June because the weather in June is perfect for all the festivities.

There is a troop at the palace where she rides in her carriage and her family joins her on the balcony to wave at the crowd.

4. She never went to school

Well, The Queen is not a graduate but she was homeschooled by private tutors. She began Queen training at the age of 14 years old.

Her family probably never saw the need for her to go to a traditional school.

5. She doesn’t go by her last name

Her birth name is Elizabeth Alexandra Mary Windsor, but no one calls her that.

She goes by her official title which is, “Elizabeth, the second, by the Grace of God, of the United Kingdom of Great Britain and Northern Ireland, and Her other Realms and Territories Queen, Head of the Commonwealth and Defender of the Faith.”

She was fondly called Lilibet by her late husband, Prince Philip.