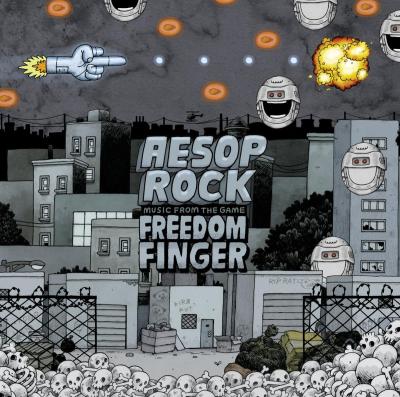 We already covered one of the tracks “KOWP” right here, and now we’re diving into the introductory cut, which is as delightfully abstract and complex as you’ve come to expect from Rock.

Warfare, I don’t war fair, I like rocket fuel in my morning air
I like red buttons under iron fists, and my stunt doubles like, “I quit”
The kid three-sixty all side-eye, and pluck wild geese from that twilight
I go hyperspeed, and can’t drive for shit, I just bob and weave when y’all skydive