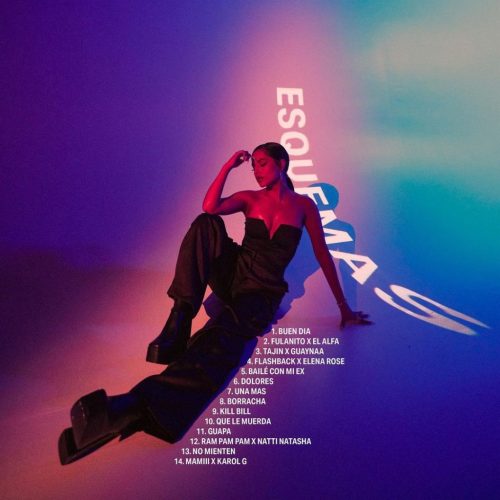 Whether making hits in English or Spanish, Becky G. has been at the fore of global pop for the better part of a decade now. Following the rapid and undeniable success of her 2022 single “MAMIII” with KAROL G comes the announcement of her second studio album, ESQUEMAS.

From her femme-forward team-ups like “RAM PAM PAM” with Natti Natasha to the Dominican-dembow-infused “FULANITO” with El Alfa, she proves once again that her continuing star status remains in full force. Pre-add ESQUEMAS and hear her latest single “NO MIENTEN” right now. The complete album will arrive in your library when it’s released.